Traveling in Ireland in 2017

Jeff is a lifelong artist and independent thinker. He grew up in rural NE Ohio where he developed his creative skills from an early age, winning numerous art competitions in high school. He attended college in Pittsburgh, PA to study computer animation and graduated in the top 3 of his class in 2004. Not satisfied with the job prospects in his field, he ventured out on his own designing t-shirts, websites, gigposters, and album art for punk and metal bands under the alias “Mylkhead.”

Growing up in the DIY punk and folk music scene, Jeff became very attracted to the sense of authenticity and heart behind the music. He learned to play drums and started three bands including By Bread Alone, Parachute Journalists, and Campfire Conspiracy. This passion has bled into all facets of his life. He also has been making electronic music under the alias Boxomylk (2000-2016) and now Starbound Renegade (2016-current).

In 2006 he became a partner at the Cleveland-based design firm Go Media, specializing in rock/alternative art for music and entertainment clients. In addition to design, he had a knack for Internet marketing and social media and quickly grew a following for the company online. He utilized early social media sites to unite the design community through blogging, speaking, and developing resources for other creators. In 2010, he authored the book Thread’s Not Dead: The Designer’s Guide to the Apparel Industry with the help of nearly 20 top designers in the field.

In 2010, with the help of Go Media and a small army of volunteers, he founded the Weapons of Mass Creation Fest which brought together creatives across the country to network, share, learn, and let loose with speakers, workshops, galleries, and live music. It became an annual event that would attract nearly 1,000 attendees for the three day art, design, and music fest in Cleveland.

But in 2013 Jeff found himself burned out and mired in depression. He started a blog and podcast called Maker/Mistaker (now a book) to express his thoughts and philosophical ideas. He started waking up early every day to focus on personal growth, habit-change, and overcoming depression. He began a regular mindfulness meditation practice, which led to numerous out of body experiences and a spiritual awakening. His life was forever changed. He wrote a book about his journey titled Wake Up: The Morning Routine That Will Change Your Life which is for sale on Amazon and his website. He attended the Monroe Institute in 2015 to study consciousness and Out of Body Experiences (OBEs) with renown teacher William Buhlman. 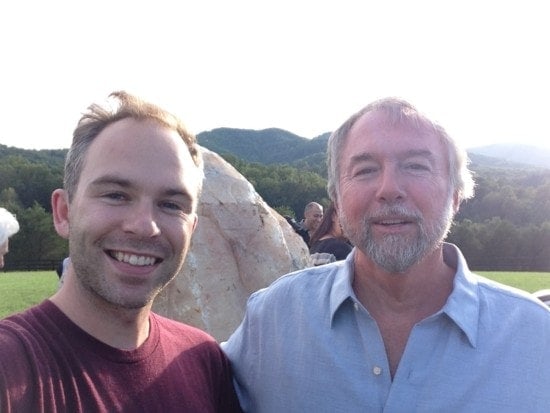 In 2015, he made the difficult decision to leave Go Media, get a divorce, and spend time traveling solo around the USA, eventually landing in Austin, TX. He spent a year in Austin focusing on his interests in consciousness, spirituality, and healing. He started an Etsy shop named Starseed Supply Co. and would sell his patches, stickers, and pins at various markets and metaphysical faires around town.

After numerous cross-country road trips and some backpacking in Europe, Australia, and New Zealand (see the photos), he returned to Ohio in 2018. He currently resides in the Dayton area spending a lot of time in nature and away from social media. He focuses a lot on mental health, trauma healing, spirituality, philosophy, and creating a life based in truth, love, and freedom. 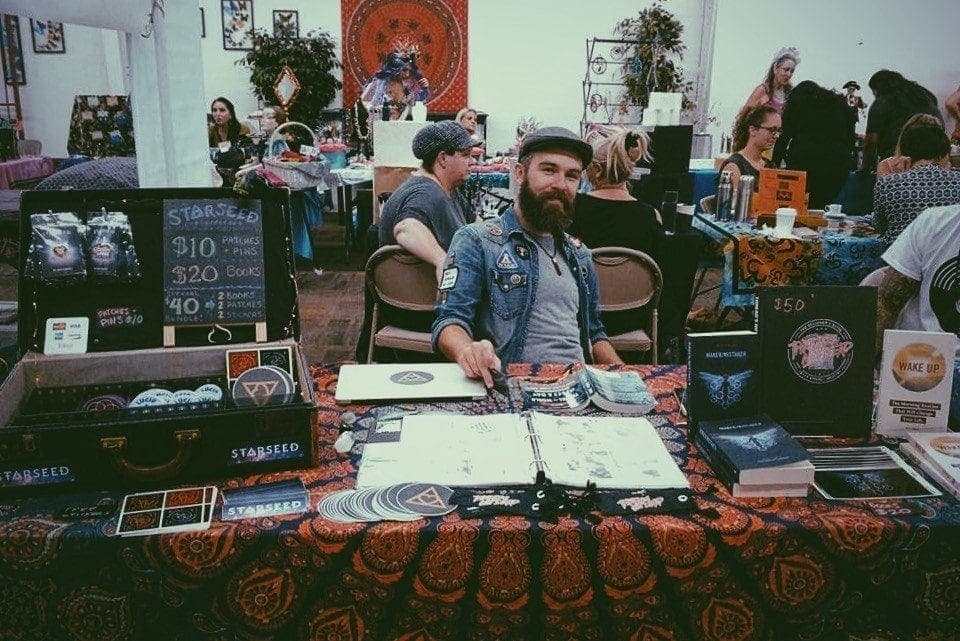 Tabling at Coexist Fest in Austin, TX in 2016